I have to admit to feeling a twinge of sadness this morning when I dropped my daughter off at school amid of sea of green sweaters, hair ribbons, and jackets. (My girl was dressed all in black, as part of a super sneaky plot to “blend into things and then jump out at people,” but that’s another story.) I’m pretty sure that not one of those cheerful, gap-toothed first graders knew much at all about St Patrick except that he graciously gave us an excuse to wear tacky shamrock jewelry and pinch other people — two gifts, indeed, when you’re seven.

But did you know that St Patrick was kidnapped from his home and enslaved? And that, having won his freedom, he returned to the island where he had been held and preached the gospel to that slave-holding society? As a historical figure, he’s shrouded in lots of mist and legend; but even if a lot of the traditional lore around the saint is just that, that radical act of generosity and forgiveness makes his feast day worth celebrating with real gratitude.

That, and the corned beef. 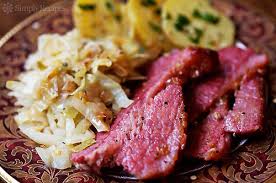 I’ll be introducing St Patrick to my kids with Tomie de Paola’s Patrick: the Patron Saint of Ireland, which arrived too late from the library for me to review. I’ll let you know if we’ll be adding it to our library. We’ll also be talking a little about modern day slavery and how our family stands against it – as well as encourages former slaves to find new life – by supporting International Justice Mission. Haley found a wonderful St Patrick figure at this Etsy shop, and I’m looking forward to hearing how she used him in her home. Do you have any books or resources that you’ve used to commemorate this ancient feast day? Let us know below in the comments!