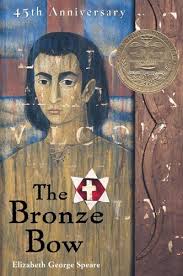 I don’t know how I missed The Bronze Bow when I was a young reader. I loved Elizabeth George Speare’s debut novel, Calico Captive and the Newbery-winning The Witch of Blackbird Pond.  But somehow The Bronze Bow (also a Newbery medalist) never made it home from the library. And I’m actually kind of glad, because it was such a joy to discover it this summer!

Set in first-century Galilee, the novel tells the story of Daniel bar Jamin, a young blacksmith who has fled to the hills to join a band of robbers and who has dedicated his life to ousting the Romans from Israel. Sworn to vengeance upon the occupiers who killed his father, Daniel nevertheless befriends Joel bar Hezron, the scholarly son of a famous rabbi, and his beautiful sister, Malthace. Together the three pledge themselves to working for the Victory of God, and take for themselves David’s symbol of the bronze bow – from his famous song of praise for deliverance from Saul:

Yet even as Daniel plans for war and dreams of violent revenge, he and his friends find themselves drawn again and again to hear the teachings of a wandering rabbi in nearby Capernaum. This Jesus of Nazareth draws crowds wherever he goes and seems to possess the power of God – and yet his preaching is so strange! He promises that the Kingdom is at hand, but slips away when the crowds would crown him king; his followers are convinced that he is the one who will deliver Israel, but he refuses to mount armed resistance against the Romans. The novel unfolds as Daniel seeks his revenge while grappling with the challenge Jesus presents.

I had trouble putting this book down: it has adventure, drama, gripping emotional tension, true friendship, and true love. Plus it has Jesus!

Jesus hovers like a shadow at the edges of the story for the first half of the book; as he looms larger and larger in Daniel’s consciousness, he comes more clearly into focus in the narrative. All of the characters are thoroughly, convincingly realized, and Jesus is no exception – which must be tricky for a novelist. I mean, the guy is God and man; the logos of creation, the second Adam, and a tired, humble carpenter. Most creative writing teachers would advise against this combination of traits.

But I loved this portrayal of Jesus. Daniel finds him frustrating, difficult to comprehend, yet utterly compelling. He can’t explain his attraction to this carpenter; he openly rejects him at one point; but he can’t get him out of his head. Much of the book is concerned with the search for a leader who will deliver Israel – what will this leader look like? How will he be recognized? When will he reveal himself? Jesus’ stubborn refusal to be the leader either the Zealots or the Pharisees demand, paired with his insistent call to “follow me” is something every major character in this novel must grapple with.

Daniel’s own struggle with Jesus’ call leads to a rich, satisfying conclusion – I wished I was reading it alongside some friends, because I wanted to dig into the final pages with someone else. But I’ll spare you the spoiler. Trust me – you want to find out on your own. Instead, I’ll leave you with my favorite passage from the whole book: a conversation between Daniel and his good friend, Simon the Zealot:

Daniel could not leave his friend without some answer. “Are you staying with Jesus, Simon?”
“If he will have me.”
“Is–is he one of us?”
Simon smiled. “A Zealot, you mean?”
“Isn’t that why you came? Have you asked him to join us?
“I had some such idea when I came,” Simon admitted. “But it has not worked out as I expected. No, I have not asked Jesus to join us. All I hope and long for now is that he will ask me to join him.”

One thought on “The Bronze Bow” 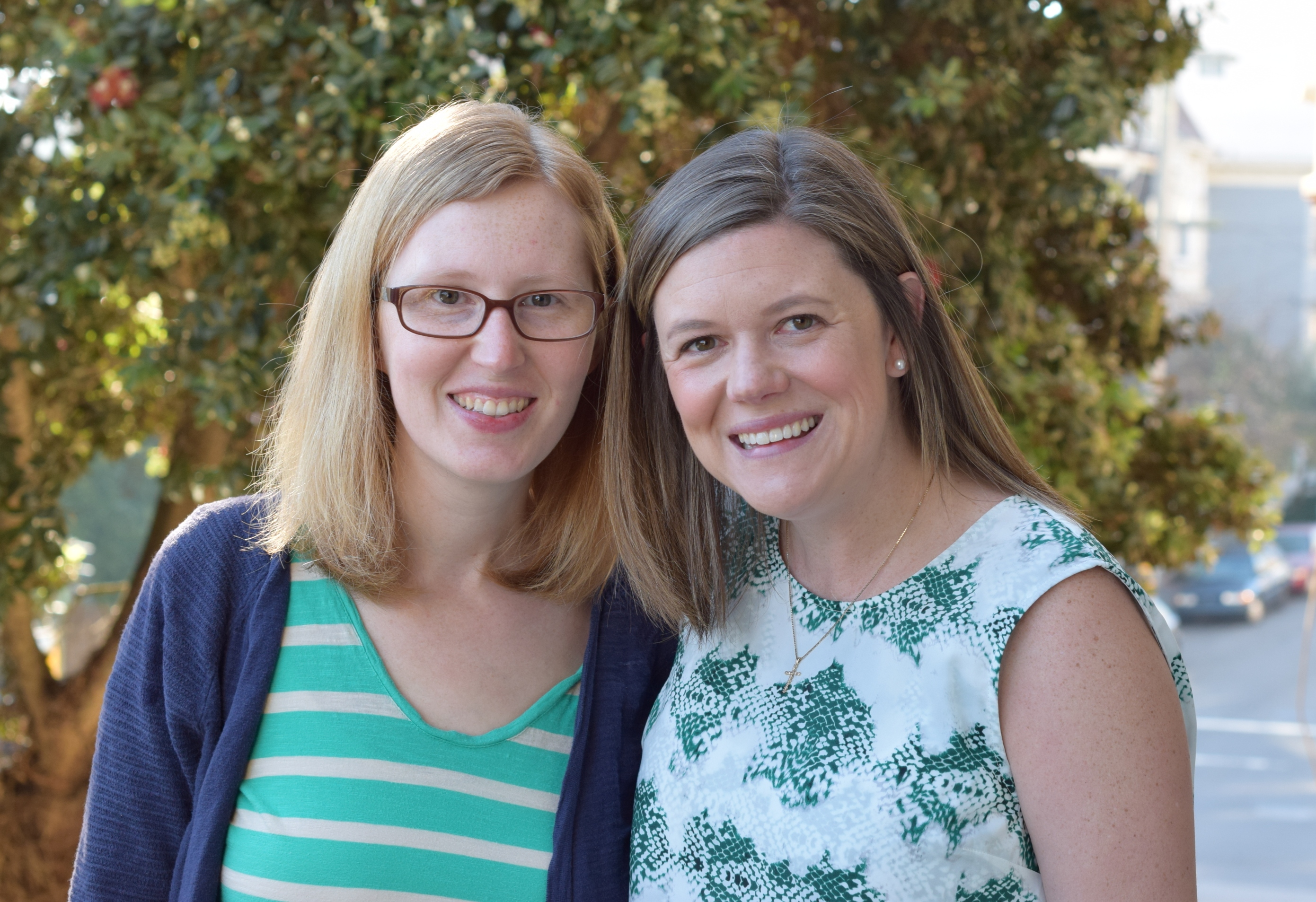 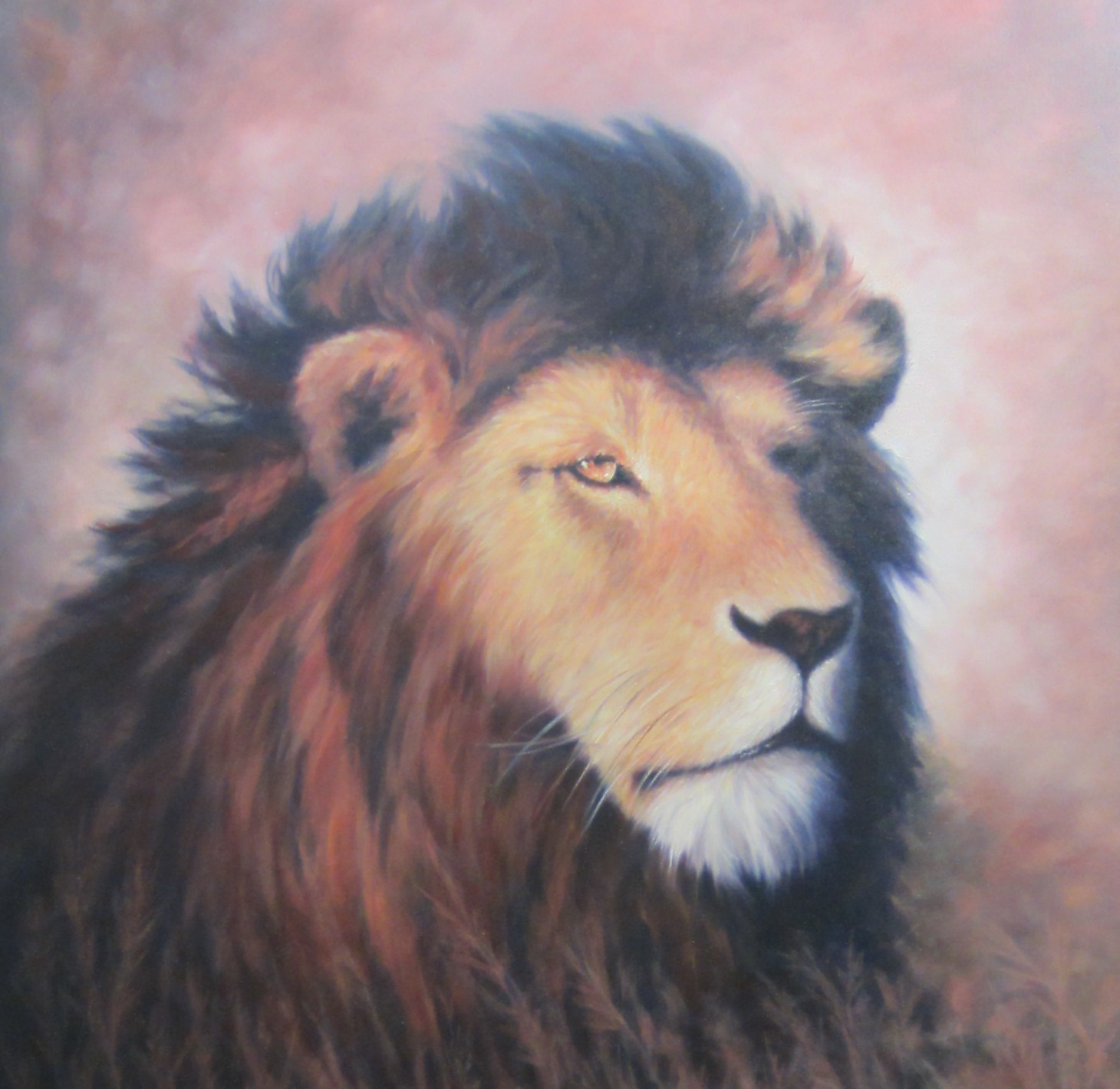 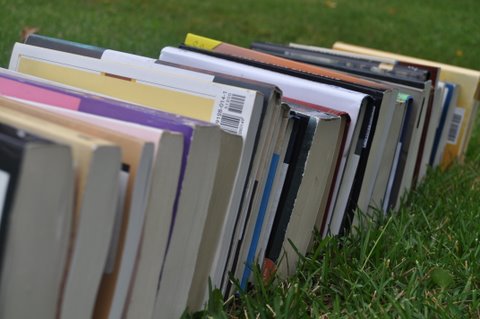